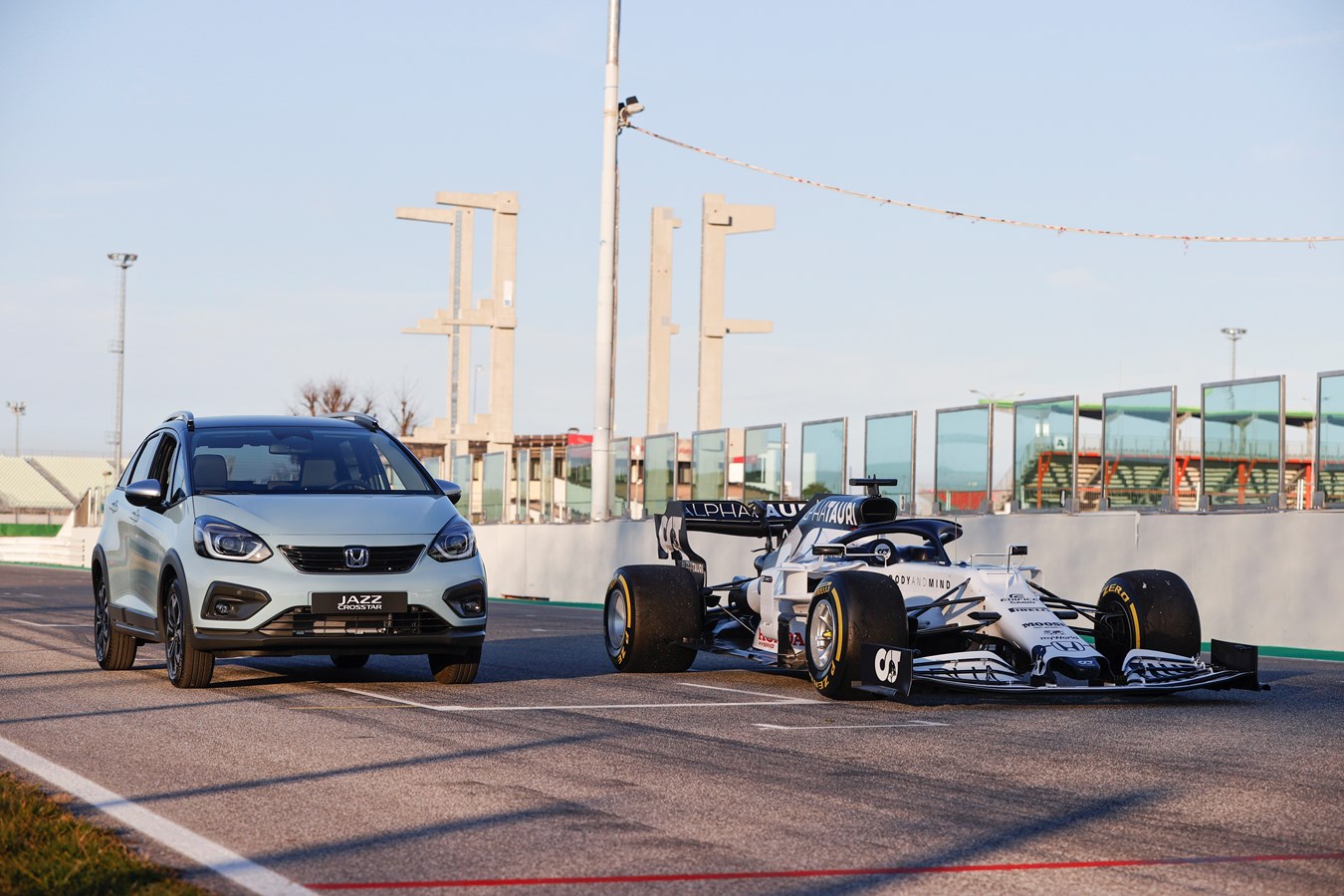 Honda Jazz and Scuderia AlphaTauri AT01

When the all-new Jazz launches later this year it will drive advanced Honda hybrid innovation from the race track to the road. Using engineering expertise from its motorsport team, Honda is drawing knowledge from its Formula 1 Hybrid Power Unit (PU) programme to improve the energy efficiency of the brand’s e:HEV hybrid system.

END_OF_DOCUMENT_TOKEN_TO_BE_REPLACED

So, it’s probably safe to assume that Canada won’t be getting the Honda e anytime soon.

Leclerc said there’s simply not enough demand for electric vehicles yet to turn the tide on GHG’s for Canada to achieve its commitments to the Paris Accord.

Until now, Honda has focused on internal combustion, a well as placing a heavy focus on hydrogen fuel cell vehicles like the Honda Clarity Fuel Cell, and it seems certain high-up execs aren’t too happy with the idea of shifting the focus to EVs.

That’s according to the Windsor Star, who interviewed Honda Canada’s new CEO, where he gave a scathing indictment of EVs, calling them nothing more than a “political agenda.”

Honda and SNAM have worked together since 2013, to ensure the traceability of end-of-life batteries and dispose of them in accordance with European Union environmental standards. The expansion of this agreement will see SNAM collect Lithium-ion and Nickel Metal Hydride (NiMH) batteries from across Honda’s dealer network and Authorised Treatment Facilities (ATF) in 22 countries, before analysing how suitable they are for recycling and processing them accordingly.

Autocar ranks the best electric cars for 2020 in the UK

END_OF_DOCUMENT_TOKEN_TO_BE_REPLACED

Honda partners with GM on new EV platforms and batteries

General Motors and Honda have agreed to partner up for two new all-electric vehicles for Honda, using GM’s new EV platform and Ultium batteries. Honda will do the bodies and interiors, and “the platform will be engineered to support Honda’s driving character.” Honda will also work GM’s OnStar systems into its own HondaLink smartphone integration setup and will get access to GM’s hands-free Super Cruise system.

“This agreement builds on our proven relationship with Honda and further validates the technical advancements and capabilities of our Ultium batteries and our all-new EV platform,” says GM executive vice president of global product development, purchasing and supply chain Doug Parks. “We have a terrific history of working closely with Honda, and this new collaboration builds on our relationship and like-minded objectives.” » […]

Ford discusses its strategy for electrifying it’s vehicles for the U.K. and Europe

The Mach-E, Ford‘s first modern mainstream pure EV, is a large, high-performance SUV for which prices will start at around £42,000, in contrast to the new electric entry points from rivals such as Vauxhall, Peugeot and Honda, which are launching far more modest, and therefore cheaper, superminis.

While saying that the Mach-E’s size, performance and range capability mean its price still represents good value for money when compared with rivals, Hoare also insisted that this ambitious entry into the EV market is the right way for Ford to go.

He said: “We want to put the best foot forward for electrification, we want to demonstrate the great strengths of electrification, and make it aspirational, so the products that will come beneath it will start with credibility, and our customers will understand what is coming from Ford.

The 18 electrified vehicles Ford has announced for customers in Europe before the end of 2021 includes:

The Clarity EV was the only fully electric vehicle Honda offered in North America.

Announced back in 2017, the Clarity lineup had been offered in three different versions—plug-in hybrid, electric, and fuel-cell. Only the EV is being discontinued, at least through the 2020 model year.

American Honda Motor confirmed to Green Car Reports last week that the Clarity Electric was discontinued at the end of the 2019 model year and won’t be coming back again.

In what was a very quiet last hurrah, leases for the model, which was limited to California and Oregon, faded out at the start of the year, and then in February, while we awaited what sounded like a refreshed model in the pipeline, at least one forum pointed to indications within Honda that the model wouldn’t be returning.

At the time the Clarity Electric was introduced, Honda engineers said that they based their decision on its battery size on feedback from California drivers of the former Fit EV; but ultimately that decision may have been what doomed the model, even in California, at a time when EV shoppers are focused on cars with more than 200 miles of range, The Clarity Electric carried an EPA-rated range of 89 miles from its 25.5-kwh battery pack. It was also Honda’s first electric vehicle to use CCS-format fast charging, allowing an 80-percent charge in just 30 minutes.

Video after the break »

Everything from the range of the Honda e to its high-tech finish and dinky size makes it a direct rival to the MINI Electric, while the Renault ZOE delivers a less premium experience, but nearly double the driving range and a bit more interior space for a similar price. The Skoda Citigoᵉ iV is also a close rival, offering a much more basic interior, but at a drastically lower price.

Sit inside the Honda e and it’s clear how the price might be justified. When you slide into the driver’s seat, which has lovely, tactile upholstery, you’re faced with a touchscreen horizon stretching the width of the car. Screens for the side cameras (in place of door mirrors) bookend the digital driver’s readout and two central 12.3-inch touchscreens, and even the rear-view mirror doubles as a rear-facing camera in the Advance, should you want it.

END_OF_DOCUMENT_TOKEN_TO_BE_REPLACED

Johhy Smith, the independent car reviewer with the unfortunately named CarPervert website and YouTube channel, takes the interesting Honda e for a drive, and he’s quite smitten by it, despite it’s faults.

Compared to others in this segment, the cute Honda e has a much more tech-focused interior, though a shorter range than others.

Autocar’s editor-at-large Matt Prior takes the new “funky” and “pleasant” Honda e for a test drive.

The 2020 Honda e is Honda’s first full battery electric vehicle. It’s compact on the outside – smaller than a Honda Jazz – and pretty compact on the inside, too. But it is quite funky in there, with two 12in digital displays as well as a full digital instrument pack and, as standard, rear view cameras instead of conventional door mirrors.

With a 35.5kWh battery within its short wheelbase, it’s relatively light for a BEV. A little over 1500kg is heavy for a car of supermini size, but it’s light for a BEV. The downside is that, unlike cars like a Volkswagen ID3 or a Nissan Leaf, the Honda e has a relatively small battery and therefore a limited range.

It should drive well, though. The motor is at the back which allows a tight turning circle and a steering system with no torque steer, while there is four-wheel independent suspension thanks to MacPherson struts all around, which promise a lively driving experience.

Other Honda e news and reviews »